Twists and Turns on the Journey

There are times where God is at work in your life and brings about such an unexpected transition that it is hard to know what to say to those around you. This is one of those times for us. In the absence of poetic and profound words, we’ll just begin by simply saying what God is doing. Starting on August 6th, our family will be transitioning back to the USA to continue serving the church from there. This means that our thirteen years of missionary service is coming to a close. Even if we don’t fully understand why the Lord has led us in this direction, we are sure that it is the right place for us. The passion that we have had for missionary service over the years has been combined with a deep desire to be involved with what the Lord is doing closer to home.
We are confident that our time serving along the US/Mexico border and in Central Africa has prepared us and shaped us to continue bringing a missionary perspective to ministry in the USA. The Lord has opened doors for our transition by putting us in contact with Valleyview Church of the Nazarene in Amarillo, Texas. The congregation has graciously asked us to serve as their pastors, and we have accepted to join them starting in September. This is a bittersweet time for our family as we are going to miss so many people and aspects of living and serving in Central Africa. At the same time, we are so excited about the opportunity to be a part of a great church and continue this great journey of following the Lord.
Please continue to pray for our transition, especially for our kids who have really only known Congo as home. So many people have blessed us over the years with support, prayer, meals, and a place to crash for a while. Thank you from the bottom of our hearts. We didn’t make a list, but we are certain that we owe you. If you are ever passing through the Texas panhandle, our doors are always open.
Posted by Gavin Fothergill at 5:41 PM 5 comments:

Redeeming Tragedy with the Good News

The electricity was out, again, and I lay there sweating in my bed unable to sleep. The moon shone through the window and provided enough light for me to locate my phone and check the time. It was 1:00 am and I knew that in just four short hours I would be awoken by the gonging noise that my host, or perhaps one of the neighbors, makes in order to wake up their household. I was exhausted and needed to drift off to sleep, but the events of the day raced through my mind keeping it alert.

Earlier that day, I had witnessed the birth of a new district. Perhaps it is just an administrative distinction or perhaps it wouldn’t mean that much to other people, but a new district in a place where the gospel is still taking root

means a lot. A new district is a symbol of God’s faithfulness and a reminder of the sacrifice of believers. The Church of the Nazarene first came to Kisangani because of the “Great African War” (Sometimes known as the First and Second Congo Wars or the African World War) that took place in the 1990s. As violence spilled over from Rwanda into the DRC (then called Zaire) war was ignited and spread throughout the region. Goma, in the North Kivu Province, was one of the first places where the conflict came as thousands of people set out on foot towards the west in an attempt to escape the violence. Some of these people were Nazarenes, and one of those Nazarenes ended up in Kisangani.


But the district didn’t start then. That one Nazarene soon became a pastor and was a part of discipling and raising up leaders in order to start fifteen churches and more than seventy schools. During all of this time, some of the worst fighting took place in this city over its rich diamond deposits. This intense conflict had lasting scars on the city. Besides the fact that many families had lost members due to stray bullets and mortars, there were physical scars of war on the buildings of the city for many years. On my first visit to the city five years ago, I found only a handful of cars as most people used bicycle taxis. Yes, people would sit on the back of a bicycle and pay the “driver” to take them around town. Today, many of those images have been erased and the town is recovering its place as the third-largest city in the country.

For these reasons, the work was slow compared to other parts of the country. But God has been faithful. In many surrounding areas of this city, the Nazarenes have the only school or the only church and the gospel is being preached because of these efforts. That one Nazarene pastor is a grandfather and is nearing retirement now. But there are six other ordained elders and three others who are ready and waiting for their chance to be ordained at the next available occasion. They have over 40 additional pastors being trained for ministry. That first, lonely Nazarene is no longer alone.

We are delighted to see how God can redeem the tragedies of war for the spread of the Good News and to know that the Church of the Nazarene has been a part of that. We are witnesses to God’s faithful provision and transformation of lives. We are thankful for our Nazarene family in Kisangani and excited to see how the Lord will write the next chapter of this story that is to come.
Posted by Gavin Fothergill at 2:15 PM No comments:

Going Where the Church of the Nazarene Isn't Yet

It’s hard to imagine that in 2019 there are still people who have not heard of the life transforming message of Jesus Christ. But, in Central Africa, we are finding this to be the case.

In June of 2019, the District Superintendent of Brazzaville, Republic of Congo, took a 3-day trip to Central African Republic to visit a group of new believers who have gathered together and are calling themselves the first Nazarene’s in their country. This was the third trip of leaders from Republic of Congo who invested in a group of believers there and encouraged them to start a church. We are making plans to send a pastor to Bangui, the capital city, to get a master’s degree in theology. He is already an ordained elder and will be a sustained presence of leadership while helping to ensure Nazarene DNA (Christian, Holiness, and Mission) among the group.

Three of our countries just officially became a part of our area of Central Africa this month, adding two districts, two missionary families, 13 churches, and one country where we currently have no work. Chad is a primarily Muslim country, and as such, we will need to be a part of new methods and strategies for planting churches there. Gabon and Cameroon are still new works where we have no organized churches. So many people have yet to hear the Good News, while so many others have yet to put their faith in Christ. At the same time, there are vast areas of people that our church has not yet reached in our most established countries of Congo-Kinshasa and Congo-Brazzaville. There is so much to do.

Our call and our prayer is to make Christlike disciples in the nations. This is a big task. A task that takes many leaders joining together and taking the Gospel of Jesus Christ where it hasn’t previously been. Please join us in praying for our Jesus Film teams, who are taking backpack film sets on motorcycles and traveling to interior parts of countries previously unable to reach. Pray for our District Superintendent’s and evangelism leaders, who are boldly sharing their faith, teaching about the one True God and exemplifying through their actions the life lived in obedience to Christ.
Posted by Jill Fothergill at 4:07 PM No comments:

Partner With Us Through Giving 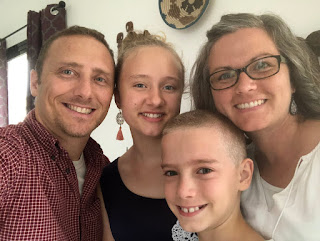 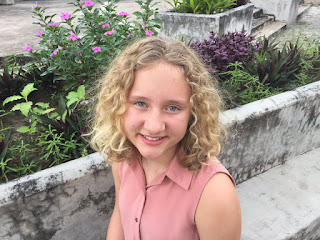 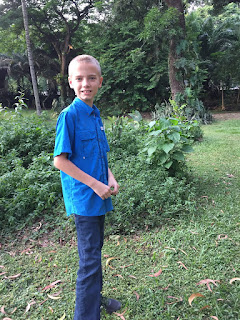